What is light pollution? 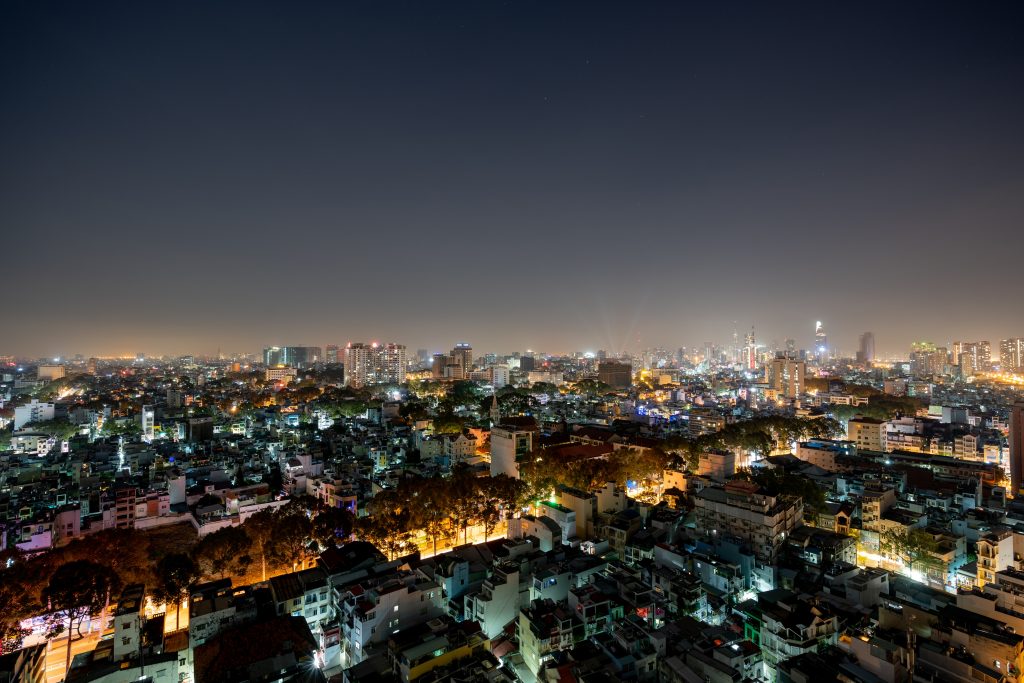 What is light pollution? After reading this article you will know everything about the subject…

What is light pollution?

Light pollution is the excess of artificial light emitted from urban centres. This includes indoor and outdoor lights in homes and buildings, aerial and maritime signalling, and street lighting.

What are the different types of light pollution?

Glare occurs when excessive light is not properly shielded and shines horizontally. It then reduces visibility, causing visual discomfort and even momentary blindness. For example, when you catch a camera flash in your eyes, or the full headlights of a car you pass at night.

This occurs when lighting invades a space that it is not supposed to illuminate. For example, when light from a street lamp or a neighbour’s house invades your bedroom, preventing your environment from becoming dark at night and disrupting your sleep.

Skyglow is the accumulated brightness that artificial lights emit, which can be seen from space. This phenomenon is more important in areas with high concentrations of air pollution. For example, the brightness of the city of Los Angeles is visible from more than 300 kilometres away.

This is bright or excessive light sources that can cause confusion, distraction and even accidents. This light clutter is visible in cities, or on roads where lights are poorly positioned, distracting or annoying drivers and can cause accidents. The city of Las Vegas in the United States, with its multiple night lights on casinos and hotels, is an example of light clutter.

France has adopted an illumination ban

Since 2013, France has adopted an illumination ban. Offices, shops and non-residential buildings have to turn off their lights after 1am.

Some iconic buildings are exempt, like the Eiffel Tower and other cultural buildings during celebrations.

The illumination ban is expected to save 200 million euros (more than $260 million) and 250,000 tons of carbon dioxide each year, according to the Ministry of Ecology.

What are the consequences of light pollution?

The impacts caused by light pollution are numerous. It affects the migratory cycles of birds, disorienting them and causing them to crash into lit buildings, for example. It affects the offspring of some sea turtles, who mistake the moon for city lights and head in the wrong direction.

Light pollution at night also attracts insect pests, such as mosquitoes. Finally, it spoils the sky and its stars for all of us who live close to a big city.

Light pollution can also cause changes in the metabolism of our cells by decreasing the production of melatonin. In humans, these metabolic changes can affect our digestive cycle, leading to diseases such as obesity, diabetes and certain cardiovascular diseases.

How can light pollution be reduced?

Unlike other types of pollution, light pollution can easily be avoided or reduced. Some measures have already been taken. Since 2013 in Paris, for example, between 1am and 7am, all lights in shops, offices and on city facades must be switched off. Only the lights of tourist monuments, such as the Eiffel Tower, are then maintained.

In addition, for public lighting, it is possible to optimise lighting by shining light downwards rather than upwards or horizontally. This allows for more power and less energy consumption.

Stop Wasting Energy: Things We Can All Do

Individuals are urged to use outdoor lighting only when and where it is needed, to make sure outdoor lights are properly shielded and directing light down instead of up into the sky, and to close window blinds, shades, and curtains at night to keep light inside.

If you want to know more about how to reduce waste at home, please read the article written by our friends at EasyEcoTips “4 Ways to Reduce Waste at Home“.

The reduction in illuminations is expected to save 200 million euros (more than $260 million) and 250 000 tonnes of carbon dioxide each year, according to the Ministry of Ecology.